Call us today for a free quotation!

I was called to this property in Forden as the property owner wanted to take advantage of the free site visit and competitive quoting offer that is provided at Chris Evans Plumbing & Heating. The owner wanted the underfloor heating investigated as they were experiencing ongoing issues which ranged from areas not warming up to the thermostat control systems making no noticeable difference.

After we found all of these faults with the installation of the underfloor heating we inspected the condition of their boiler and manifold system. As soon as we looked at the system it was obvious that the manifold was originally plumbed incorrectly and pumping the wrong way, and the thermostatic mixing valve on the manifold was not working.

We explained all of these issues to the property owner and discussed the different options available to them outlining the initial cost but also the ongoing savings from the increased efficiency of the system in the future.

Due to the existing boiler being 20 years old and running at very low efficiency, the property owner decided it was time to replace the boiler and install a new boiler system. The new oil boiler we chose to install was an external Firebird boiler with a power output of 26KW. This was an increase in size from the output of the original boiler of 20KW, which is something we wouldn’t typically do.

The difference with this project is that since the installation of the last boiler over 20 years ago, the property had undergone an extension and there was a larger area to heat. To add to this, there was an unvented cylinder installed several years earlier by another engineer which would benefit from a higher power output. However, just because a more powerful Firebird boiler was installed, this does not mean that the properties utility bills will rise. The new boiler is now running at 97.4% efficiency which is more than a 74% increase from the previous boiler. In addition, the external positioning of the Firebird boiler leaves more space for storage in the utility.

Once the boiler upgrade was agreed upon with the property owner we also discussed the rest of the properties heating system and how to maximise its efficiency. We agreed that due to the incorrect installation of the underfloor heating manifold, controls and wall thermostats, it was best to replace them with new fixtures. We also added two new pieces of equipment to the system to prolong its lifespan and maintain its high efficiency. The additions of a magnetic filter and a deaerator were made after a complete flush of the whole system and underfloor heating pipework.

The property owner now has a brand new external Firebird boiler (which has 10 years warranty) working at 97.4% efficiency, with a completely functioning underfloor heating system which they have complete control over. They have been in touch to thank us for all the work we completed and let us know that the newly installed system is working perfectly and are already saving on their utility bills. We look forward to re-visiting the property in 12 months time for the annual boiler service. 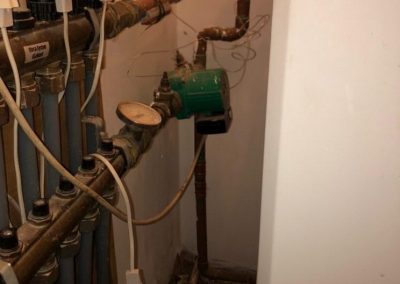 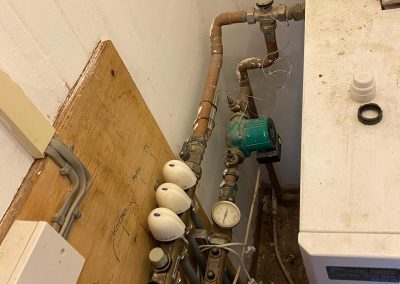 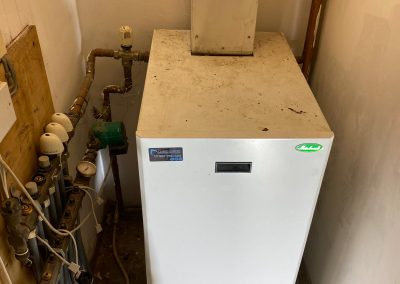 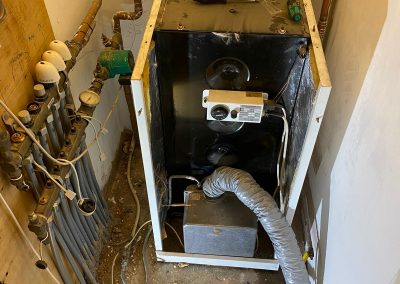 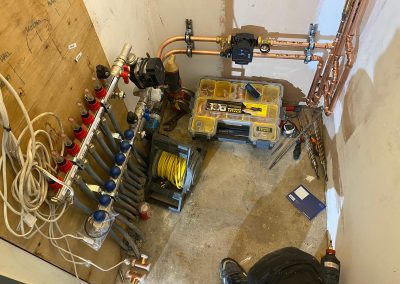 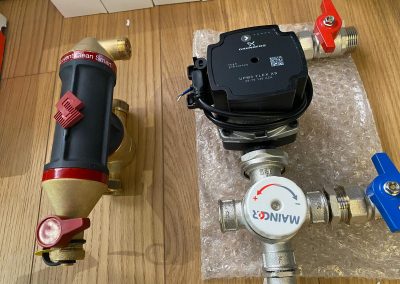 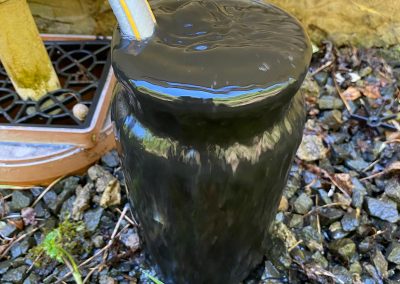 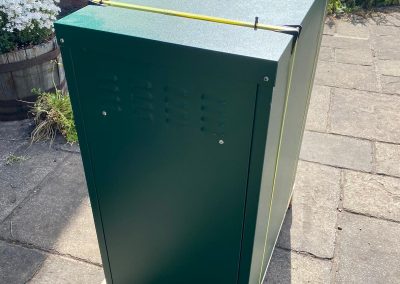 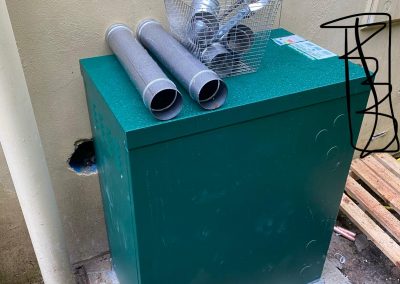 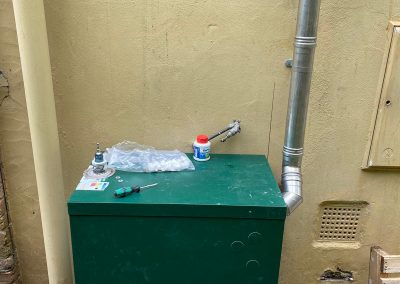 or request a call back

This website uses cookies to improve your experience while you navigate through the website. Out of these, the cookies that are categorized as necessary are stored on your browser as they are essential for the working of basic functionalities of the website. We also use third-party cookies that help us analyze and understand how you use this website. These cookies will be stored in your browser only with your consent. You also have the option to opt-out of these cookies. But opting out of some of these cookies may affect your browsing experience.
Necessary Always Enabled
Necessary cookies are absolutely essential for the website to function properly. This category only includes cookies that ensures basic functionalities and security features of the website. These cookies do not store any personal information.
Non-necessary
Any cookies that may not be particularly necessary for the website to function and is used specifically to collect user personal data via analytics, ads, other embedded contents are termed as non-necessary cookies. It is mandatory to procure user consent prior to running these cookies on your website.
SAVE & ACCEPT